Brief Overview about the History of Kekal

Started out in 1995 as a straightforward extreme metal band from Jakarta - Indonesia, Kekal entered the local scene with fresh ideas. Throughout the first 5 years, they developed their own music style by incorporating many diverse elements from outside metal, but not until they released "The Painful Experience" (2001), their 3rd album which marked as a starting point for the band to move deeper into the progressive territory and started to make further explorations with their music.

In 2003, they released their 'breakthrough' 4th album, "1000 Thoughts of Violence". Dubbed as Kekal's most successful album to date in terms of sales and media reception, the band started to gain attention beyond the Asian region due to the uniqueness of its music: combining stylistic elements of jazz-fusion, progressive rock, psychedelic, dub, trip-hop, experimental electronic and ambient music, and blended together into their own distinct style known as 'Kekal style'. Praised by critics and enthusiasts alike, they started to cite Kekal among the world's most important 'avant-garde metal' bands, and they toured Europe for the first time in 2004 (as the first Indonesian band to tour Europe). In 2005 they released their equally impressive 5th album "Acidity" and has since strengthen and validate their position within the international underground metal scene.

Kekal decided to move forward and to come deep into musical territories yet unexplored by the band. Throughout the year 2006, Kekal was busy recording and shaping their yet another groundbraking, 6th album entitled "The Habit of Fire", an ambitious 70-minute epic concept album which marked a new statement for the band to push the envelope even harder and further. "The Habit of Fire" was released in 2007 by 2 record labels in North America and Europe and gained wider distribution and promotional coverage, making it to become another successful album alongside "1000 Thoughts of Violence".

Never poised to follow the success of "The Habit of Fire", Kekal released a dark, low-key, modest 7th album "Audible Minority" in December 2008, dedicated only to the truest of their enthusiast listeners.

On August 12, 2009, Kekal shed itself from all the human members. It marked the start of a new era as a memberless band, and has since released its 8th album entitled "8" in December 2010, 9th album "Autonomy" in December 2012, 10th album "Multilateral" in July 2015 and 11th album "Deeper Underground" in May 2018, all without the presence of official band members. All three former key-members have left the band for over a decade now, but they decided to continue giving their contribution in music, artwork and audio production for Kekal's future albums.

Kekal has achieved something that will be renowned for its own way of displaying human expressions without setting the limits.

Since the departure of all band members in 2009, Kekal struggled to find a representative who will act as a "band photo", replacing 3 former members.

Former Kekal bassist-turned-coffee-enthusiast Azhar Levi Sianturi then constructed a 2D illustration, and after few hundred cups of premium coffee he came out with a thought-provoking piece of art representing Kekal as a band.

This 2D Representative is not a traditional "band mascot" but purely depicts Kekal as an active entity and energy as there will be no band photos depicting human members. 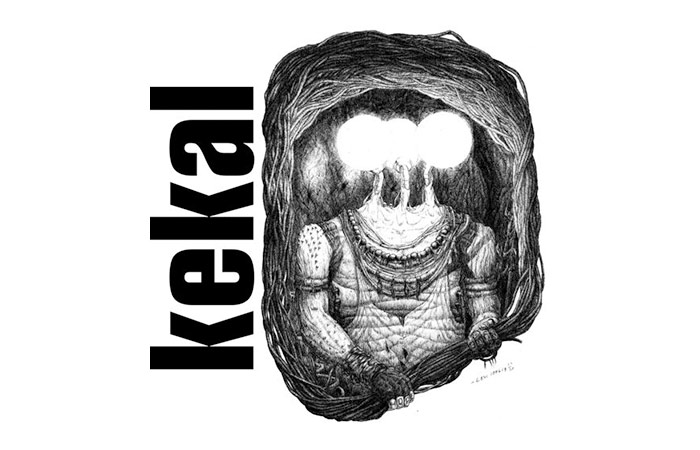 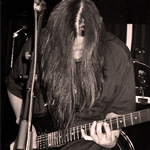 Jeff officially joined Kekal in 1996 when the band started to record their first official demo tape, which was recorded in his bedroom only through a very modest Fostex X-28H 4-track analog cassette recorder. From there, Jeff began to produce all Kekal albums as well as becoming the main composer, lyricist and vocalist for Kekal. Jeff plays guitars, bass, synthesizers and sometimes drums. 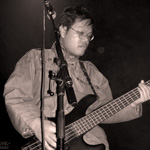 Levi joined Kekal in June 1996 as a bass player and occasional vocalist, and stayed in the band until March 2009. He is also known as an illustrator who has his hand-drawn artwork displayed in many Kekal album covers, especially in later albums. Levi is also a songwriter who wrote both music and lyrics for Kekal, and he is also known as a coffee enthusiast. 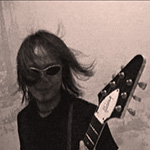 Leo joined Kekal as a lead guitarist in 1996. He is known as a 'riff-guy' and plays unique-style guitar solos and melodies, and has contributed in the musical development of Kekal. In the early years of the band, he gave Kekal a distinct individual character. He has some cool collection of guitars and known with his brave sound experiments. 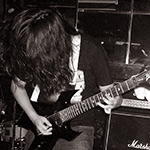 Didi joined Kekal as a live guitarist in 2004 replacing Leo when Leo was absent while studying in Australia. Didi is an accomplished career musician. He has played guitar since childhood and has played with many bands throughout his adult life. His weapon of choice is guitar, but he is also a terrific pianist, keyboard player and vocalist.

Since the inception of Kekal in 1995, there has been a noticeable and consistent distinction in Kekal compared to most bands categorized within the metal and heavy music genres: Strict DIY/do-it-yourself ethic (never give ownership of recording masters to any record label ever, self-produce everything from music to artwork & promotional material), non-conformist style of music in regards to established genres, the offer of important albums for free downloads direct to audience (and significantly cheaper price for digital albums), license the music via Creative Commons as opposed to copyrighting it (since 2010), and since 2009 - being a band as an institution without official members, with all works are voluntarily contributive in nature.

The reason is that Kekal practices the philosophy of Anarchism, which translates to non-hierarchical and anti-authoritarian approach to self-governing/self-managing. The key is voluntary contribution and free association. Voluntary contribution has been utilized in Kekal since the beginning of the band as there was never any assignment of roles on who does what during recording. All band members (at that time) chose to play any instrument and/or vocals as they felt fit, in order to achieve better musical output. This extends more during the present, zero-member status of the band, in which anonymity is being put at the forefront, and Kekal becomes the purer channel of expression.

There are over 140 albums that have influenced both Kekal as a band and the musicians involved, from the early formation until now. These albums are posted on Kekal Facebook page.